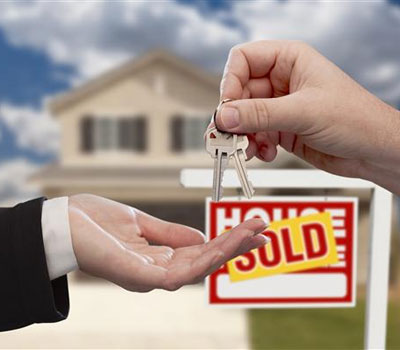 THE COMPLETION OF CONTRACTS

I’m going to explain the way to proceed against a developer or builder when the house is not given to the buyers on time, the problems with having the Escritura and so on, the breach of contract, according to Spanish Civil Law and the Civil Action for the performance of Contracts or acción cumplimiento de contrato.

I’m quite sure that most of you have ever signed a deposit contract by paying the developer or builder a sum of money as a deposit to book the house purchase, then in several months time took place another payment at the Notary Office and then things went normally good and with a succesful inscription in the Land Registry, so far so good, but sometimes this isn’t this way and the situation gets very complicated. Probably some of you don’t relieve me, but I can assure you that many people who paid the full amount or their houses are still waiting for the Escritura, or waiting for being given the house possesion with the keys, etc, as some of the unfortunate clients that come to my firm confirmed this to me.

When this happens, there are several steps you might take. Fisrtly, go quickly to see a Spanish lawyer to search for advice. Secondly, the lawyer should write to summons the company (builder) via Notary, which is the best and official way prior to take them to Court, and then try to reach an agreement. If there is no reply from the builder or no agreement either way, as the third step, then your lawyer should sue them by submitting a Civil Action for completion of contract, but warn your lawyer that, meantime the action is brought to Court, he should apply for recording the litigation in the Land registry in order to avoid the builder sells the house to anyone else or in case of bankruptcy. If bankruptcy comes over, your finca or property is blocked and could never be sold or taken to auction if the builder owes Money to half of the town population and then your finca will be in a safe place. Remenber that this blocking of the property will only last until your proceeding in Court is solved and finished officially under Judge’s Final Resolution or Decree.

The Action for completion of contracts, under the Spanish Law is established in the Civil Code (hereinafter C.C.), specifically in article 1.124, where is stated that “if one of the parties breaks the contract the one who is prejudiced may choose whether demanding its completion or cancelling the contract, with right to claim damages”. This Article must be related with Art. 1.258 C.C., 1.262 C.C. and 1.279 C.C. According to these articles, the contracts must be completed by real and valid mutual consent between the parties involved in it, and since then, every agreement which is stipulated will be considered as Law, with the consequences which could derive the breach of the contract.

Other articles established in the C.C. that could be taken into account are: 1.088, 1.091, 1.096, 1.098, 1.101, 1.145, 1.450, 1.461 and 7. In these part of the Spanish Civil Law Basic rights for citizens are regulated and explained. One of these rights is that the seller is required by law to give the thing to the buyer without hidden defects, otherwise the seller must pay damages. When a purchase takes place, the seller has to give completely the possesion of the thing that has just been sold to the buyer. Other aspect to explain is that a debt is not effectively cancelled until the completion of the contract occur at a 100%. Ando e of the last articles to explain (art. 7 C.C.) means that rights must be exercised according to the good faith of the claimant, otherwise he or she could be claimed for damages. (this has been literally translated from the Spanish Civil Code)

After boring you a while reading this, I should keep going with the short explanation of the procedure. Once the sue is submitted to Court, then a Preliminary Hearing comes after. You, as actor or demandante in the proceeding don’t have to go to this Hearing, only Lawyers, Procuradores and the Judge are there sit on the hearings room. If there’s no agreement, most probable, both parties, claimant and defendant are then called for the final hearing, which is required by Law to attend. And then after some months time, maybe six, you could have the final Decree and, most probably, you’ll get the keys of the house and you could move in, with some Money in your bank account after getting your damages which your Lawyer properly claimed for you and the builder paying most of your Lawyer’s fees and the rest of the costs for the procedure. Is it not a good idea?